Namsor's software offers a name separation technology. We are able to split a full name into a first name and last name structure.

Split a full name into a first and last name structure

Separate an unsplit full name into a first name and surname structure. Improve the accuracy when splitting the full name by adding a country of residence.

For example, for the unsplit name Keith Haring, the first name is Keith and Haring the last name. 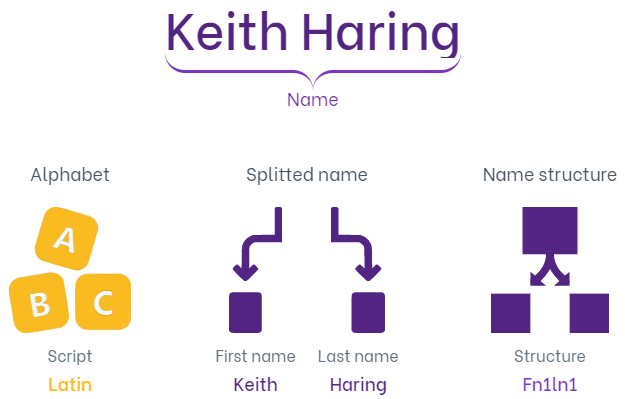 Separate an unsplit Japanese full name, written in Kanji characters or in Latin alphabet, into a first name and surname structure, with higher accuracy.

Separate an unsplit Chinese full name, written in standard Mandarin Chinese or in Latin alphabet (Pinyin), into a first name and surname structure, with higher accuracy.